One is from Reuters, and I don't remember where I got the other one. It was on a flash drive I use for collecting evidence against the evil empire at the old juke joint. If I've breached someone's copyright, go fuck yourself. (If you're a Republican and you voted for the Nazi in the Oval Office. If you are otherwise, just give me a shout out, and I'll fix it.) Posting as many pictures as I can find of the difference in crowd size at the two inaugurations isn't going to accomplish anything; I am well aware of that.


But I don't know if I am going to survive the next four years. I haven't been able to think of how to affect this disaster in a positive way. I wrote in a previous post about how I was on the fence as to whether apoplectic rage or constructive criticism was the appropriate response to a Cheeto-hued despot (which description I first saw on the unofficial Twitter account for Badlands National Park, but which has since been removed), and I am leaning toward constructive criticism - though I don't believe either one is going to have much impact. If a Senate committee can endorse the nomination of Betsy DeVos, possibly the most ridiculous upright speech-capable organism with opposable thumbs ever to be nominated for a Cabinet-level position, then I mean what the fucking fuck?

Labels: Fake President Donald Trump is a Fucking Liar, Why Republicans Suck, Why This Country Sucks

There were more people on the National Mall to watch the inauguration in 2009 than there were in 2017. People who claim otherwise, including the illegitimate Nazi currently occupying the White House in direct contravention of the will of the people of the United States, as well as the mental furball he appointed as Press Secretary, are liars. Even Fox News posted a story confirming that Trump had lied. (They didn't say he lied, or call him a liar, or post the widely-shared comparison photo - but they're spineless weasels who think Sean Hannity is a good idea. What can you do?)

What follows are some of the versions of this photo that I have so far collected.

Meet the dishonorable retard Lamar Alexander, the latest Retardlican to be confirmed by his verbal diarrhea as a dumbfuck piece of ringworm.
Posted by John Peddie at 7:41 PM No comments: 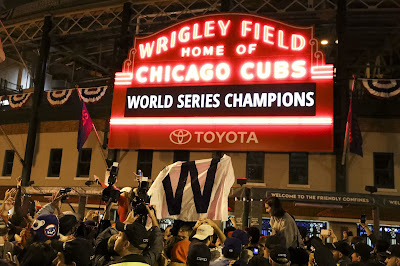 On November 2, 2016, the Chicago Cubs won the World Series for the first since 1908. Six days later, a Nazi dumpster fire was elected President of the United States. Many of the teams that win sports championships are invited to the White House to meet the President, and I began to worry that the Cubs would not be invited to Washington until after President Obama had left office and the Nazi dumpster fire had taken over. I can't even imagine how disappointing it would have been for the Cubs if they had been forced to shake hands with a shit stain like Don Führer, after having accomplished something as momentous as winning their first World Series in 108 years.

As luck would have it, though, they were invited to Washington this past Monday, and they got to shake hands with the greatest President in my lifetime, Mr. Barack Obama - who also happens to be from Chicago; and President Obama, of course, delivered some thoughtful and eloquent remarks on this historic occasion. We will miss President Obama and his strong leadership and poetic words, but I am so happy that this World Series championship in particular (as good as the Cubs are right now, it probably won't be 108 more years before another one) came while President Obama was still in office.
Posted by John Peddie at 1:22 AM 1 comment: