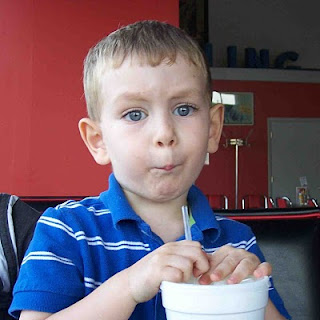 Posted by John Peddie at 1:47 AM No comments:

If enough lazy old people complain about PARK(ing) Day - turning parking meters temporarily into little parks - will that be cancelled, too?
Posted by John Peddie at 2:30 PM No comments:

Will I put any of our troops in danger if I put my copy of the Holy Qur’an in my backpack and take it with me while I’m out and about today?
Posted by John Peddie at 10:44 AM No comments:

Rush: Beyond the Lighted Stage

It’s going to be hard for me to say anything objective about this film because I love the band so much, but here we go. As far as a basic primer on the band, it’s a really good film. For the Rush geeks, it’s still a pretty good film, but you probably won’t learn a whole lot. I learned two things I did not previously know, and which stuck with me after I was done watching the movie. First - what Neil Peart’s voice sounds like. I don’t know that I had ever heard it before. Second - Neil Peart really enjoys playing “Tom Sawyer” on tour. Not only did I not know this, it also surprised me.

He says that he likes to play it because it’s so difficult - and that he gets a real sense of achievement when he plays it right. I had gotten the impression, as the years have gone by, that “Tom Sawyer” was still on the set list more out of a sense of duty to the fans than because of any desire by the band to play the song. It was the opening number at the last couple of shows I saw, and I had started to assume that they played it first to get it out of the way, so that Neil could get to it while he was fresh. Again, doesn’t necessarily mean that they didn’t want to play the song - that was just the impression I got, that they kept it on the set list but dispensed with it right away because of the taxing drum part.

That was pretty much all I learned. The film is basically a chronological overview of the band, the boys, and the music. You get the early days, then how prog nearly ended them, then how 2112 saved them, then how they finally got all the prog out of their collective system with Hemispheres, then the eighties and how keyboards nearly ended them, then the nineties and a surprisingly frank treatment of the double tragedy that befell Neil’s family, and then the comeback that leads up to today. There was very little on the recording process - particularly how grueling it was to make both Grace Under Pressure and Counterparts - and surprisingly little on how much of a problem keyboards became for Alex during the period between Signals and Hold Your Fire.

(Actually, there was one other thing I learned - that original drummer John Rutsey was basically fired from the band because he wasn’t healthy enough to go on tour. I had always been under the impression that he had made the decision to leave the band on his own - because of his health - once it became clear that they were going to be a big thing and not just a Toronto club band.)

That said, just because there’s not a lot of new information doesn’t mean that it wasn’t enjoyable. It was especially enjoyable to hear the things that Neil had to say, because he’s not nearly as outgoing and locquacious as the other two. I’ve read a couple of the books he’s written, and some things he’s posted online, but it’s a whole different thing to hear someone talk extemperaneously about himself (and it was pretty clear that he wasn’t particularly comfortable doing it). A second disc has deleted/extended scenes and a handful of live performances that run the gamut from 1974 all the way up to the Snake & Arrows tour. My favorite of these was “Entre Nous” from the most recent tour - not only one of my favorite Rush songs, but also one that I don’t think I’ve ever seen live. “YYZ” from the same tour was also excellent - particularly Alex’s guitar work.
Posted by John Peddie at 12:38 AM No comments:

So-called Christians plan to burn the Qur’an on the 9/11 anniversary. We never do anything in this country to make people want to attack us.
Posted by John Peddie at 1:46 AM No comments: