The Toothless Snow-Eater and the Giant Sledding Hill!

This past Sunday, Amy bribed Jackson with the promise of letting him tackle the Sledding Hill at Fort Harrison if he promised first to go cheerfully on a walk with us. It's a fairly respectable system she has developed for getting him to do things we want him to do that he doesn't necessarily want to do himself. He was very excited when we got into the park and he could see the Sledding Hill from where we parked the car. We walked most of the 2.5-mile loop around the Duck Pond and Delaware Lake on the Harrison Trace trail, and I was able to get quite a lot of pictures of the snow-covered landscape - as well as a number of Jackson the Snow Eater. 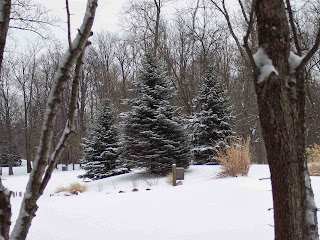 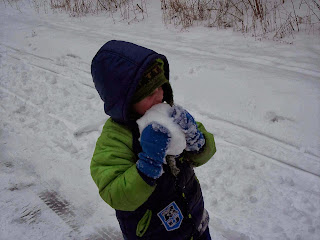 And then once we were done with the trail, we came back to the sledding hill and let Jackson go to town. He walked his little sled all the way to the top of the hill five times and came whooshing back down. The first time was the best for sheer reaction, but I did not get a video of that one. The second one might have been more exciting, though, because he wound up shooting right toward me when he got to the bottom.


I posted a few more pictures on my photo page.
Posted by John Peddie at 2:11 PM No comments: