Now How Did We Manage This? 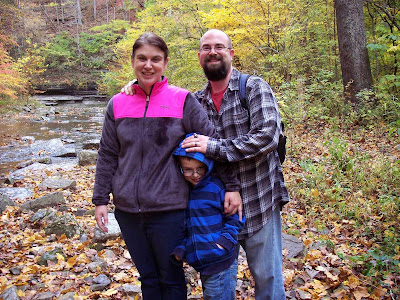 Posted by John Peddie at 1:01 AM No comments:

So I heard about this whole Coal Factory thing that is supposedly going to happen here in Irvington (from here and here), but what I did not know was that there was already a coffee shop operating in a tiny little space that is part of the area where the Coal Factory will be, along Bonna Avenue, between Audubon Road and Ritter Avenue. I found out about that from here (the paper version).

Since they don’t have a real website, I had to check out their Facebook page, and I managed to surmise from that that they had been open for close to a month by the time I found out that they were there. We stopped in the very next day, and it was absolutely—well, vis-à-vis coffee shops, anyway—the best thing ever. It’s very much a work in progress, but they’ve got art on the walls, lots of places to sit, and a very old-school foosball table in the back. You may want to specify that you want your drink to go, if you’re planning to take it to go, or you may well find yourself getting served with an actual glass. You may also find an artistic design of some kind in the foam on top, if you have ordered something that has foam on top.

You will not be disappointed. Much has gone into making the space comfortable for people who want to sit around and hang out, but much has also gone into knowing how to make coffee drinks. One of the baristas behind the counter even remembered from her Lazy Daze days that I was a hazelnut latté guy. My medium non-fact hazelnut latté, easy on the hazelnut, with an extra shot of espresso, was excellent. They nailed the easy on the hazelnut and the extra shot of espresso, which not everyone does.

By the time the Coal Factory developement is done and is ready for its grand opening, Coal Yard Coffee will have been open for about a year. Things will change between now and then, but they are off to a great start—which makes the second consecutive east side coffee shop to hit the ground running, after the successful launch last year of Tin Comet Coffee. The biggest difference is that you have to make an effort to get to Coal Yard Coffee. Bonna Avenue is two blocks south of Washington Street, in a mostly residential area. That’s not going to stop the people in Irvington, who flocked to Lazy Daze when it was open—and I hope it doesn’t stop the rest of you, either. This is not a great coffee shop in the making—it’s already a great coffee shop, and it’s only a month old.

So is it safe to assume that the Colts probably will not rechristen their pleasure dome as Lucas Oil Reichstadium? Maybe if Frau Lucas begs?
Posted by John Peddie at 1:33 PM No comments:

WASP supremacist liars like Charlotte Lucas always say ignorant, racist things; but the dullards who believe their fake apologies are worse.
Posted by John Peddie at 1:28 PM No comments:

Author? I Hardly Know Her!

Recently, I have been working my way through a thick volume of the collected poems of Charles Reznikoff, which has been both more and less rewarding than I expected. I don’t remember where I found out about him or read his poems for the first time, but it was the prospect of reading poems about New York, because I had found out that he was a New Yorker and wrote about where he was from, that led me to the book; and though it turned out that some of them were about New York, but most of them weren’t, it was still mostly enjoyable.

And then, on page 367, very near the end, in a section called Last Poems, the first of six parts of poem #10, subtitled “Just Before the Sun Goes Down,” was this little nubbin:

Of all that I have written
you say: “How much was poorly said.”
But look!
The oak has many acorns
that a single oak might live.

It’s not like I’m ever going to stop writing, and it’s not like I need any especial inspiration to sit down and work a little bit every day. Inspiration to be confident about what I have written, however…that remains in short supply ‘round here. The lines quoted above acknowledge what should be common sense: not everything we write is great work—but anything we write is of value, because who knows how or when what you initially believe to be inconsequential will reveal its importance?

I read those lines by Reznikoff late Tuesday night, and then came across a poem called “Poet’s Guide to the Foucault Pendulum” in the current issue of the Indiana Review while I was out and about on Wednesday afternoon, having stopped to read for a short time in Military Park. I don’t imagine that it’s couth for me to reproduce that poem here in its entirety, but the gist of it is that progress is a matter of perspective rather than necessarily a demonstration of fact.

The world spins under you
in such quiet and purposeful ways;
you move even if you refuse to,
so why bother being so stubborn,
so convinced you’ve never made
any progress at life?

And then moments later we are asked to “witness how slow / swaying adds up to a complete / revolution. This is all you can ask / of yourself, all the world does too." In the simplicity of those lines is the same appeal to common sense that struck me in the lines from the Reznikoff poem. Like I said before, I don’t need any inspiration to go on with the work. What I sometimes lack (“What do you lack?”) is the ability to believe that the going on isn’t futile. Unearthing little gems like these, out of the blue, goes a long way in that respect.
Posted by John Peddie at 4:36 PM No comments: